A great short read from a customer’s perspective. Originally appeared in The Gazette 8/20/2020

Sometimes, gloom hovers over the drive north along I-25 to Denver. Troubles fill the mind and the terrors of endless construction along The Gap await and the temptation lurks to pull off the highway and surrender.

But then, on the northern edge of Colorado Springs, a beautiful sight glows in the near distance.

Yes, we’re talking about big signs that announce a gas war is blazing. Cheap gas can, for some of us, chase the blues away.Tuesday afternoon, at the outset of the ever-tormenting drive to Colorado’s Big Town, I stopped at Baptist Road to fill up with $2.09 gas after a day of driving past $2.39 gas. This filling delivered jubilation to my heart, largely because I was raised by parents who loved – in roughly this order – The Lord, each other, their children and cheap gas.

I understand aggressive attempts to save a few dollars make little, and maybe no, sense. I understand it’s weird that my heart aches, just a bit, when I buy gas for $2.35 and see $2.30 gas a few blocks later.

Thursday morning, I talked with Dr. Ron Berges, a Colorado native and psychiatrist. He told of his late Aunt Virginia, a thrifty woman who lived in Aurora. If she discovered cheap oranges in Arvada, she would drive 15 to 20 miles, through heavy Denver traffic, to save a small slice of her cash.

“It flabbergasts me that people will do this kind of thing to save a penny,” Berges said, laughing as he remembered Virginia.

But the good doctor offered a solid explanation for those long drives taken by his Aunt Virginia and other thrifty types.

“The common man — the unwealthy man, the average worker, even the average white-collar guy — always wants to keep more money and, this is key, get one over on some big company,” Berges said.

“They love getting a good deal and love the excitement and allure of the good deal to brag about to good friends.”

My sister Sarah also internalized my parents’ cheap-gas obsession. Little pains me more than seeing a text photo of Sarah savoring the wonders of cheap gas. This spring, during the COVID-19 shutdown, she had the gall to text a photo of her filling up with – gasp! – 99-cent gas in Parker. I return the text photos as often as possible as we battle in our own gas war.

We come by this behavior naturally. Dad ranked among the busiest humans ever to walk our planet, but always found time for ridiculous drives to cheap gas. 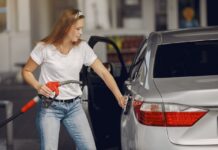 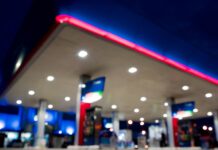 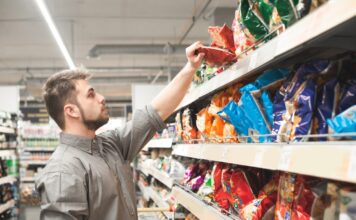 The Benefits Of Having A Convenience Store In Your Gas Station

Things To Know Before Starting A Gas Station

Gasoline Prices Are Unusually Rising This Time Of Year: Here’s What You Can Do

How To Level-Up Gas Station Experience Amidst Covid-19 Pandemic